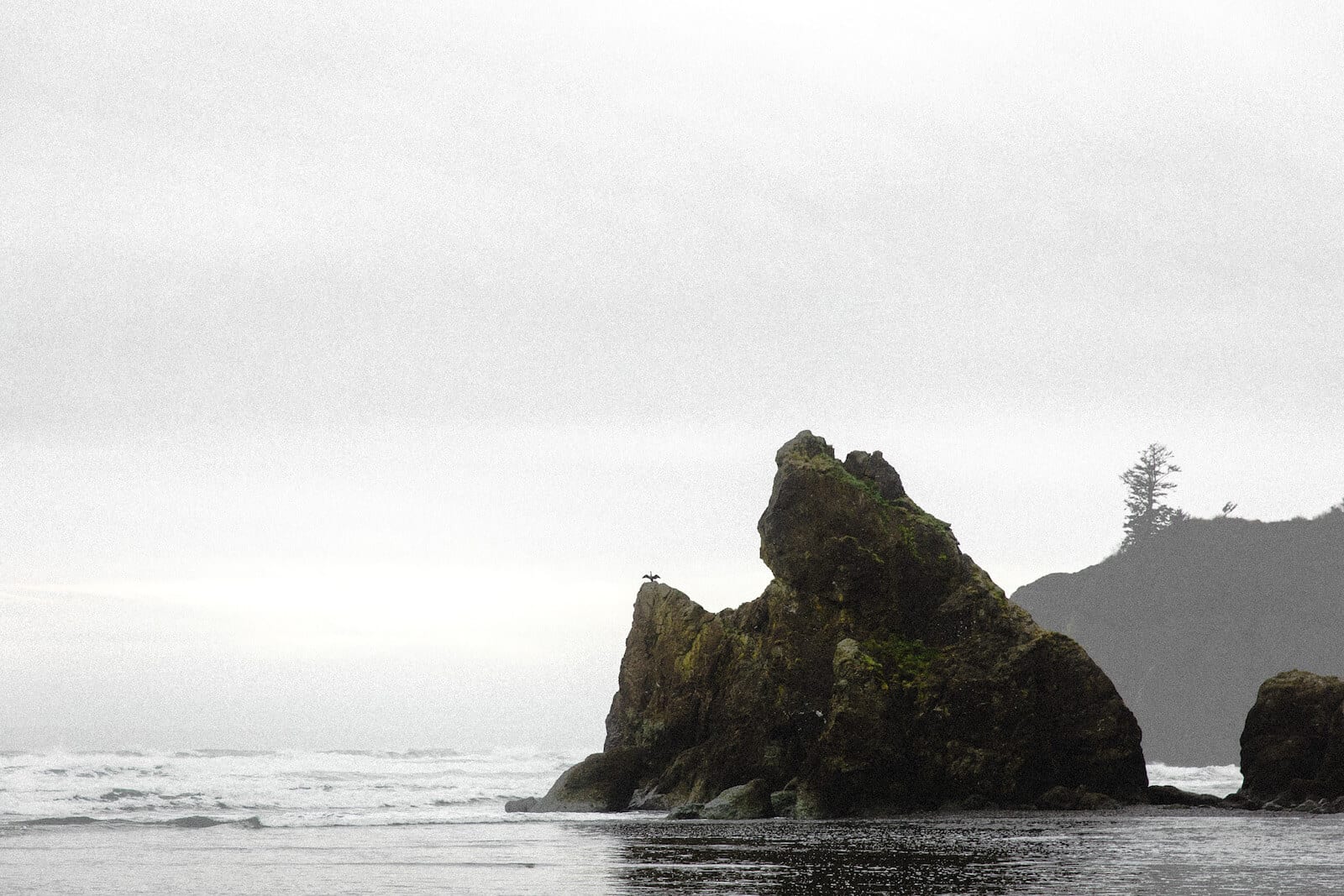 Stormy Weather in the Olympic Peninsula

We woke up early Saturday morning, excited and ready to hit the road for the Olympic Peninsula. We had our ROAMERICA campervan packed the night before, carefully making sure all was accounted for and carefully together. We had tons of food, games, cards, music and of course a little whiskey for those cold coastal nights.

Our destination was La Push beach in Forks, WA, and although it’s definitely a popular spot, I had never been. I couldn’t wait to walk the beautiful beach and stick my toes in the sand.

The drive was a little rainy, but a few sun breaks along the way made the trees sparkle and our hearts swell.

Finally making it to La Push on the Olympic Peninsula, we pulled the van into a site right on the beach. Massive rocks stood within our view, birds soared all over the head and the waves sounded as if they were right on top of us. It was perfect.

Silas started a fire as I set up the van. The top lifted quickly and the bed in the back easily came together, and soon it was time to relax. As we sat outside under the bright blue sky, littered with golden clouds holding onto the sunset, we shared some whiskey by the fire and planned the weekend.

After dinner, we fell asleep listening to the storm roll in. Heavy rain hit the windows and the van shook from the wind, outside we could hear the ocean roar.

We awoke to hail beating down on us, with the expectation of a greater storm later in the day. Instead of continuing North, we decided to head back down the coast and check out Fort Stevens.

Eventually making our way through to Astoria, we found a camping spot at the state park and set up the van once again. We decided that night to explore Astoria and treat ourselves to a dinner overlooking the water and finished it with making s’mores over the open fire back at camp.

In the morning we ventured over to the old Fort Stevens buildings. It was constructed during the Civil War and stayed an active military base until 1947. We headed to the museum first and learned that it was the only site in the continental United States to be attacked during World War II when a Japanese submarine fired 17 shells at it. It is now a nationally registered historic place.

After reading up on the historical importance of the area, we slowly made our way through the old buildings. They were dark, damp and eerie, with cold staircases leading down into tunnels without windows. Many of the buildings were underground, hidden by grass with small doors inside hillsides. Some buildings were decaying to the point of being unsafe, some full of water or their ceilings caved in. It was sad and stunning at the same time.

Even with the ocean close by, it was quiet and peaceful. We wandered for hours, entranced by the beautiful emptiness of it all.

Explore the PNW with Us Today! 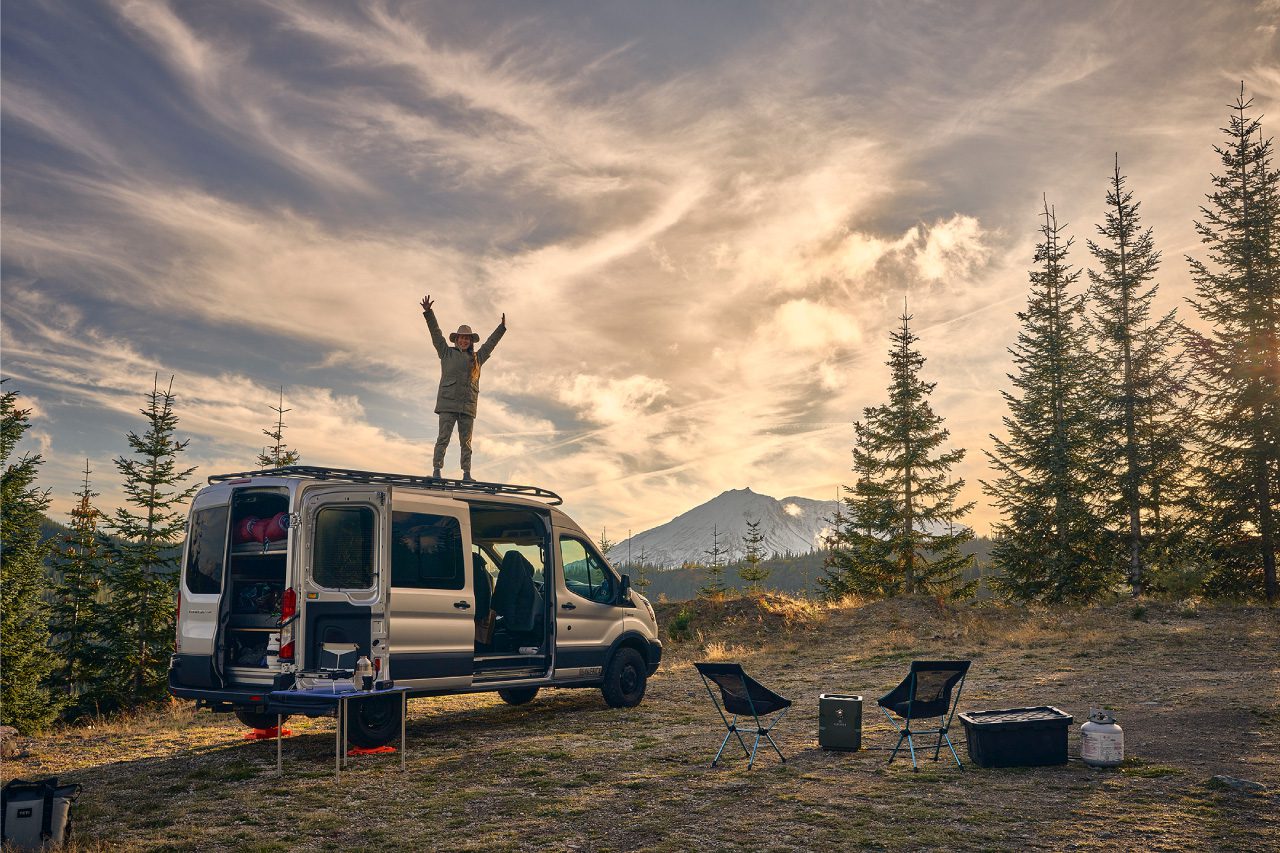 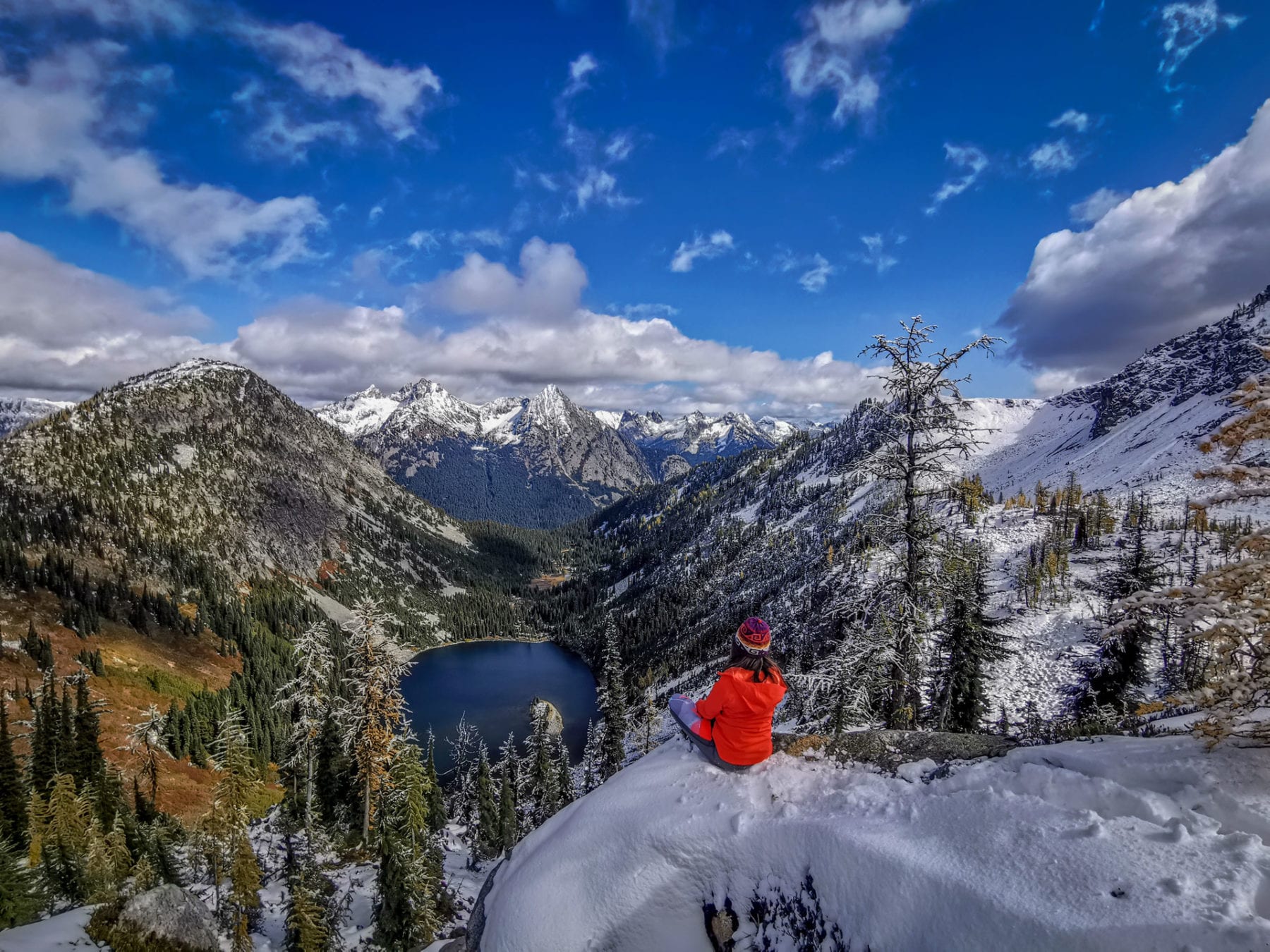 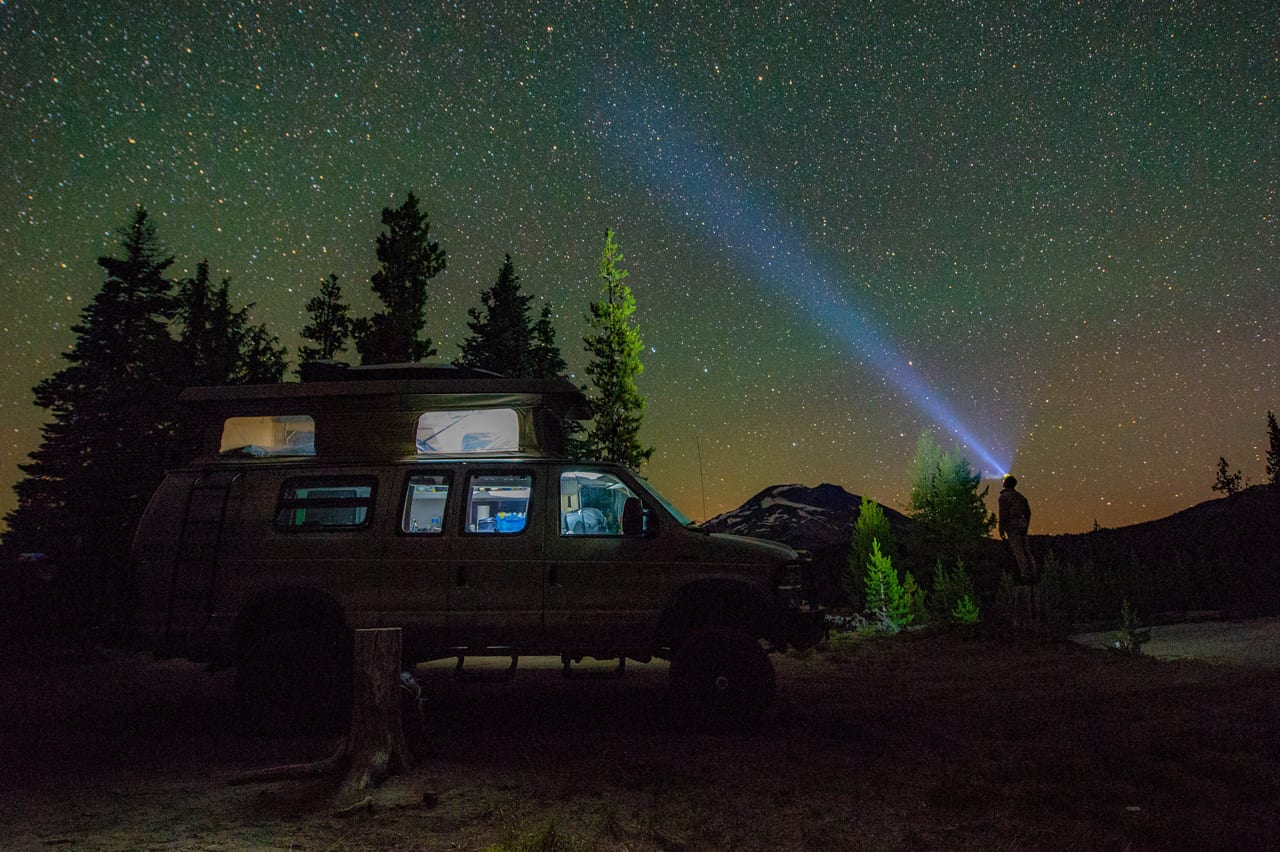 11 Places to Camp in the Pacific Northwest with a View

Second time using ROAMERICA and I can't speak highly enough about how great of an experience booking with this company is. From reserving to returning the van every aspect is very well organized and made simple for the customer. Communication is stellar with ROAMERICA through the entire process and you know exactly what to expect and how to stay in touch. I love that this is a family run operation with really kind folks who are clearly passionate about what they do. We had such a positive and fun time adventuring with our van and ROAMERICA helped make it all possible. Will definitely be planning more trips in the future with ROAM!