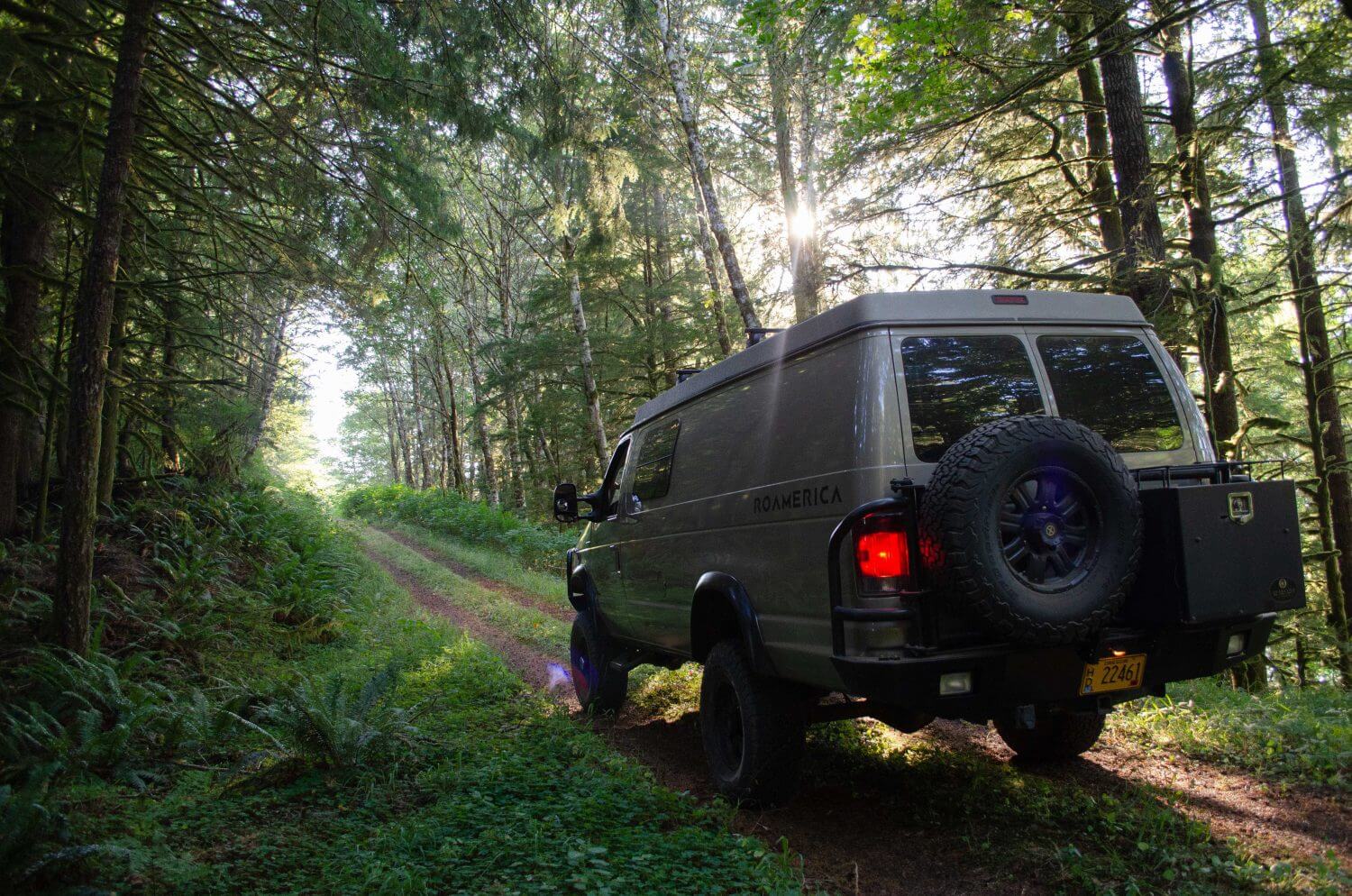 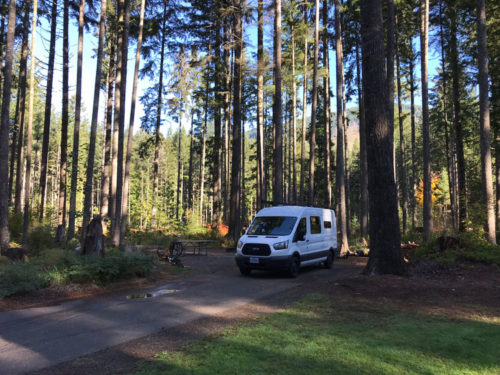 Cori Dahlstrom and David Romilly both grew up active, David as an all-around athlete in Southern Maine and Cori going on family ski trips to Mount Hood from the Portland, Oregon area.

The couple met on an airplane coming back from separate ski vacations and lived in New Hampshire until 2015, when they moved back to Portland. They have two boys,  M and G, soon to be eight and four.

They took a family trip with a ROAMERICA van in April 2018 and were sold on the lifestyle. David has spent the past six-plus months converting a new van into their perfect road trip vehicle. We caught up with them to talk about road tripping with kids, their conversion and some of their go-to spots in the Pacific Northwest.

How did you come into van culture?
Cori – Gretchen’s sister Hillary is one of my best friends from high school so that’s how we knew about (ROAMERICA). In April we wanted to do something for my birthday. We decided to do a van trip instead of going to a hotel somewhere. It was fairly rainy and cold and we still had a great time.

David – That started it all.


Cori – I grew up skiing Mount Hood and my Dad always had a van with captain chairs with swivels and a TV … maybe I was projecting on the kids but they seemed really happy. It was natural. It felt like the right thing for us. 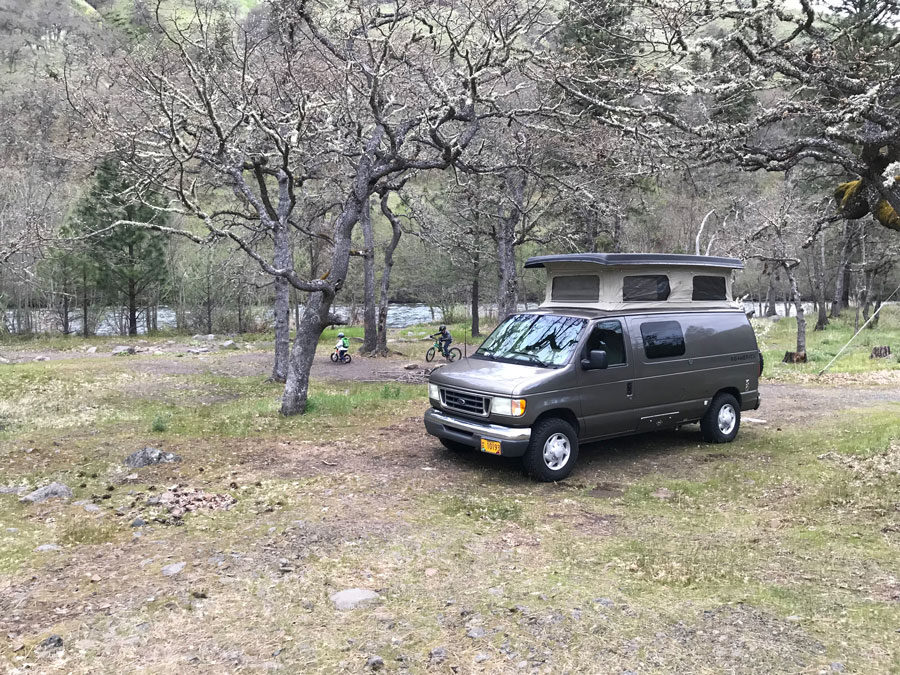 David – We got really excited at that point and started looking online for what would be ideal.

Cori – We went to Ford and got the Transit (250 EcoBoost), the cargo van style. I had some reservations as it didn’t have airbags in back. But they have good ratings for crash tests. It’s also our second car now.

How did you do the build out?
David – The only thing we subcontracted was installation of sofa bed bench seat, windows and sealing fan. From there I hit as many forums and YouTube channels and websites as possible. There were very few family (builds) and they didn’t match our needs and desires. It took me six solid months of working nights and weekends. We have a power inverter, chargers, lights for cabin, lights for back, charging ports, awning, solar panel charger; we went all in.

What was the first adventure you took in the new van?
David – We took a week-long trip to Wallowa Lake and spent one night in the van on the way, a few nights in cabin and three nights in it at Anthony Lake. That was our first realization that we liked our layout.

What do the boys think of van adventures?
David – They jump around and go crazy. I’m cringing in the background hoping all my rivnuts and screws hold as they jump back and forth all over the place.

Cori – I would say they love it. They know when we get in the van and put the bikes on the back that we’re going to have a lot of fun. They like sleeping in it, mostly I think because they like sleeping with us.

What activities do you all like to do? Has that changed since you had kids?
David – We’re really evolving into a bike family now. It’s a result of the latest trips we’ve taken with the van.

Cori – Everybody bikes. It’s been a biking year but we’re also a big skiing family. (The van’s) going to come in handy, that when the little one quits because he’s cold.

Any secrets to van life success with kids? 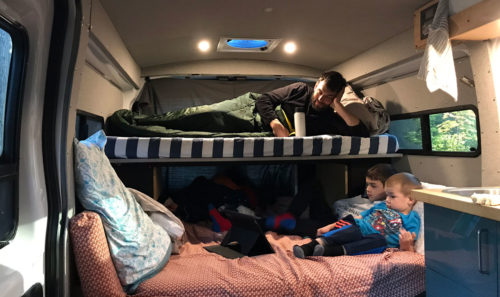 David – We try to do board games and we found these things called Story Cubes, which are dice with different pictures on them. We’ve played more board games in the van than we do at home. Out of the blue (Cori) packed tiny little Lego build kits as a little surprise and that was entertainment for four hours, easy.

Cori – We download a couple of movies that they can watch. I’d say headphones are very important so you don’t have to listen to the movie (laughs). For the next trip I plan to download a couple of podcasts I found on Pinterest, things that are interesting and educational. The older one reads books, we have pictures books for the little one. Coloring is another good one.

David – Go armed with many options.

What gear do you recommend to make it easier to camp with kids?
Cori – A couple extra fleece blankets so they can each have their own and their own camp chairs.

David – The way that I built the side shelves and the way that the bed is built and with the pillows that Cori found, it creates this little lounge area. The boys lounge and watch a movie. It’s ideal.

Cori – Definitely have headlamps. Everywhere we stay, you’re going outside the van (to go to the bathroom). There are usually bathrooms at snow parks and at dispersed camping areas but it can be a challenge at night. Everyone needs a headlamp.

(David has to leave the conversation)

What are some of your favorite places to take the van around Portland?
Cori – One is outside of Rufus, between the (John Day) dam and town. It’s a huge parking area, right on the water with a couple bathrooms. Windsurfers mostly go out there. That one’s good if you want to be down on the water.

We really liked the snow parks on the southeast side of Mount St. Helens. Snow parks come in handy because they have bathrooms and there are trails right off of them for good hiking and mountain biking.

You really have a lot of freedom with the van.
Cori – Once you have kids you realize that all those trips that you like to take when you get on a plane or drive all the way to Whistler are expensive. I’d rather spend my money on mountain bikes and skis and adventurous stuff.

(With van travel) you have to like your family. I have plenty of friends who go to Hawaii and say, “See you later” to their kids for a week. I can’t imagine doing that. For me it’s like we get to adventure together, be together, play car games together. I just think it’s great. I know there will come a time where the kids might not want that but for now we’re still fun Mom and Dad.

Roamerica_Romilly_campervan-rental_truth-series-16
The boys approved the upper bunk in the ROAMERICA van.

Roamerica_Romilly_campervan-rental_truth-series-2
Just relaxing and taking in the view.

When we finished the interview, Cori asked the boys a few questions about the van and their “adventurecations.”

What’s your favorite part of the van?
M – The kitchen because I like it.
G – The bed because it has a net and is a bunk bed. A bunk bed in a moving house with a kitchen. That’s just awesome.

Why do you like the van?
M – I like trips. They’re better than staying home.
G – You can travel and it’s super fun. 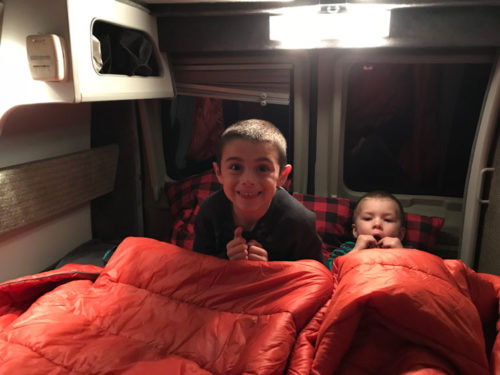 Thanks for talking, Cori, David and boys!
Words by Will Taylor
All photos courtesy the Dahlstrom/Romilly Family 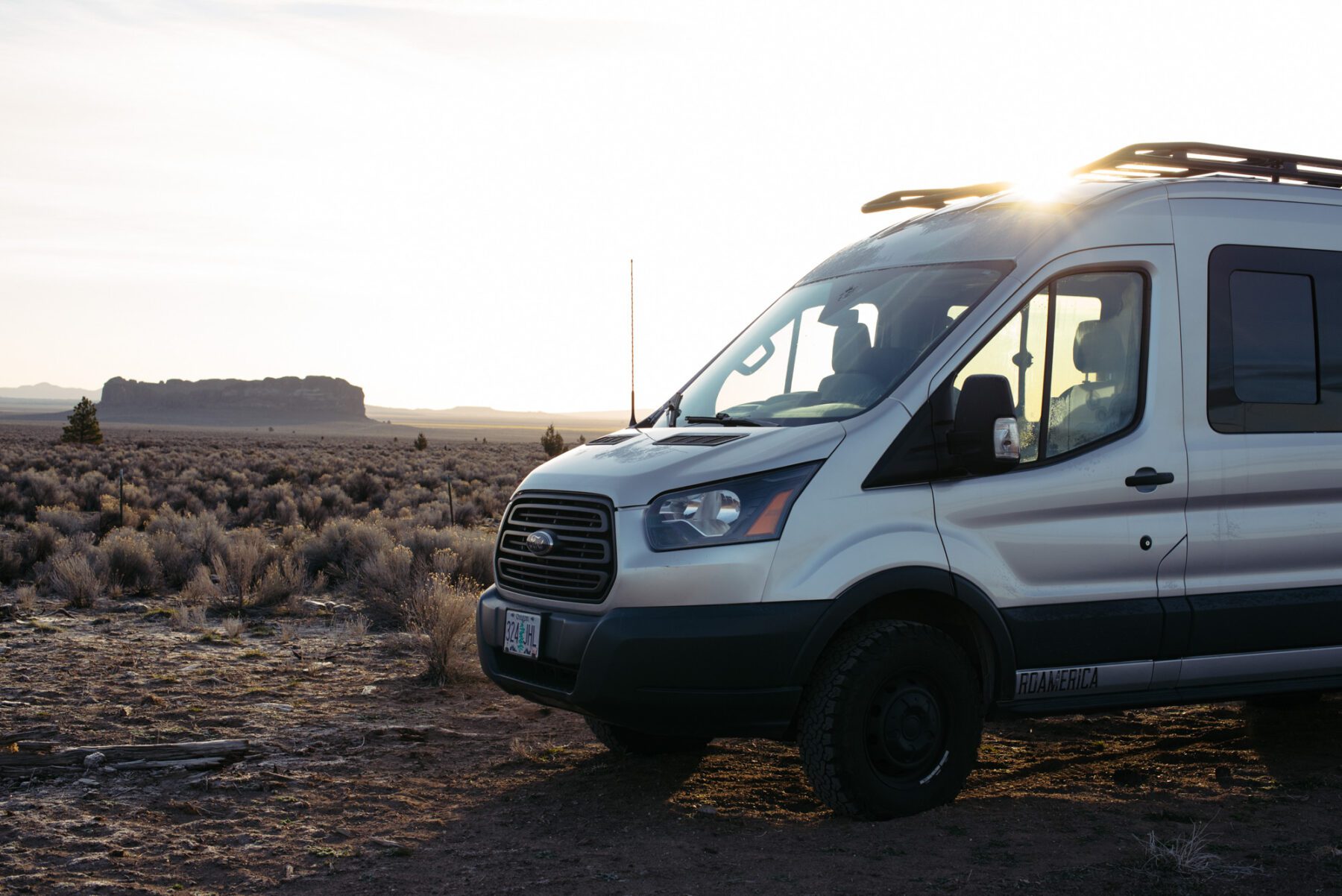 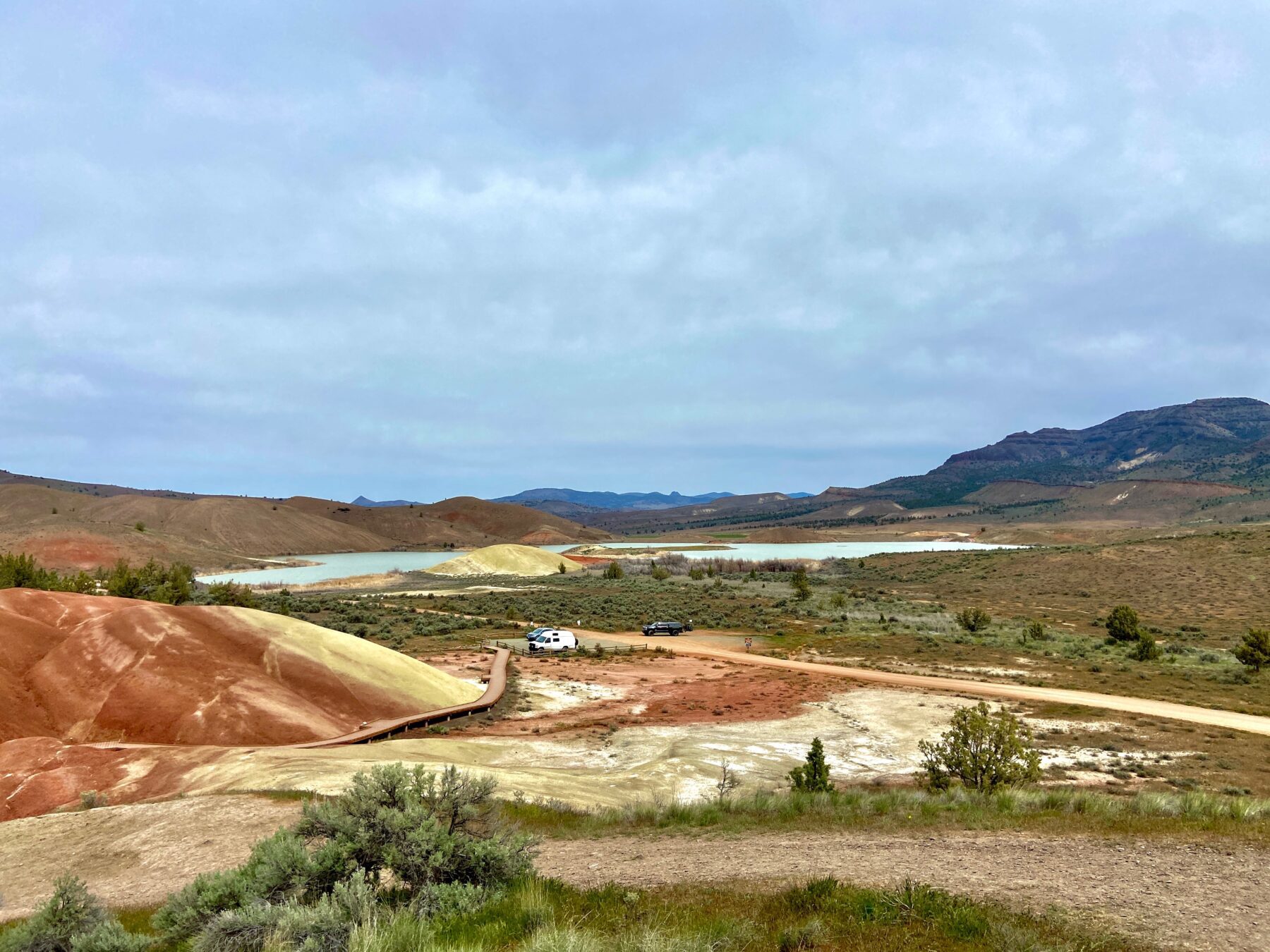 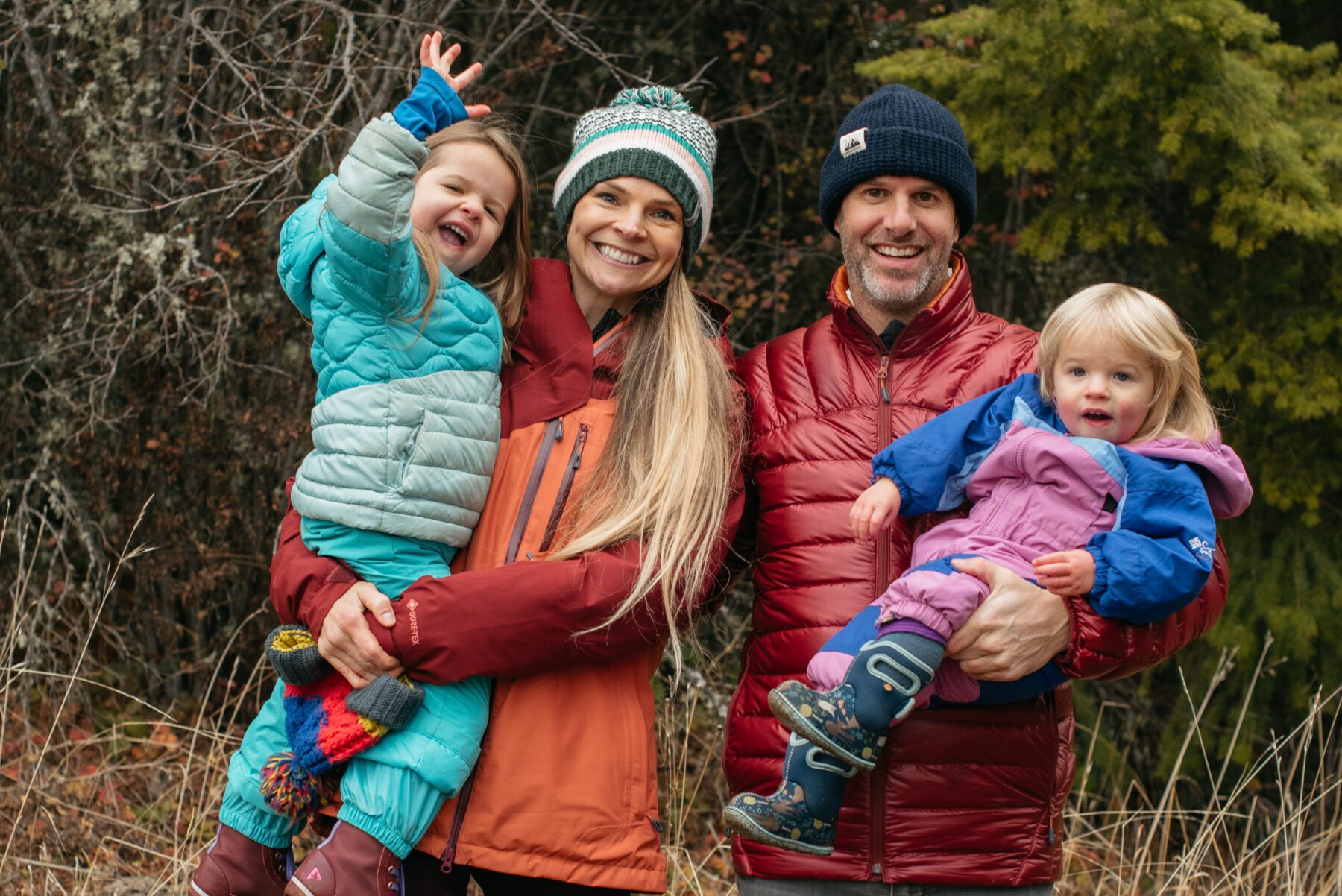 Updated May 2022 2.5 Decades of Medications and Treatments My childhood was seemingly defined by periods of wellness and illness. After having bouts of sickness in my early years, I was diagnosed with juvenile rheumatoid arthritis at 10 years old. Years of medications and treatments followed, all with little success or improvement. Periods of illness that left me bedridden were followed by days of freedom as I

ROAMERICA is great! The vans are amazing and very well stocked with everything you need to have a awesome adventure! Vans are clean and very well taken care of. The vans are cool but Gretchen and Taylor are even better! They got us up and running in no time. Answered all our questions and gave us great traveling tips. If you wanna expirence the country in a unique way this is the way to go. Now stop reading this and go book your next adventure!